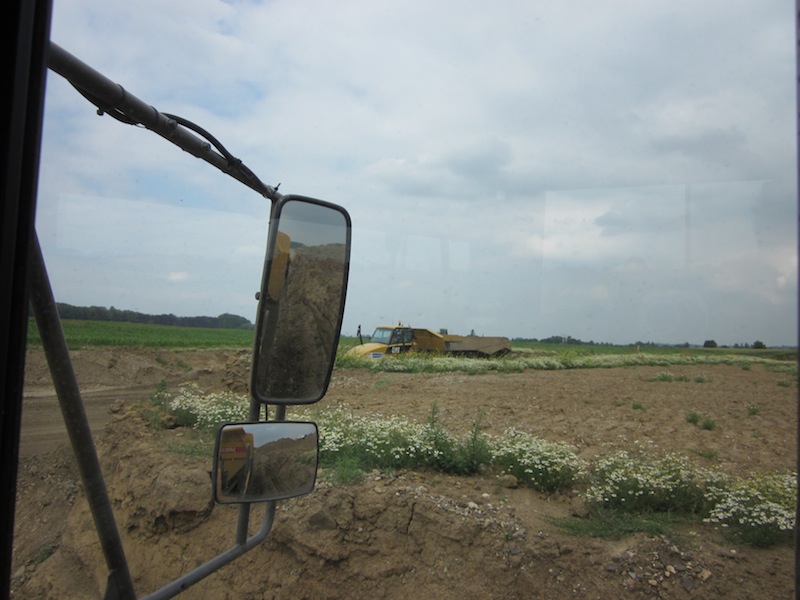 The Grensmaas Project in the Netherlands included the extraction of gravel, which meant that a covering layer of soil had to be removed first. In one place, the soil had to be dug out so deep that

the dumper drivers were driving around in a real maze of pathways and they had no overview over the entire situation. “We tried to tackle this safety problem by installing a mirror at the crossroads, but this turned out to be insufficient”, explained foreman Jochem Hoedemaker. “At the next toolbox meeting I asked the drivers how they would solve the problem. That was how the idea came up of digging out a layer of soil all around so that they could see over the top once again. So that’s what we did and the drivers now have a clear view again.”