Next generation learning as an engine for change: together we know more 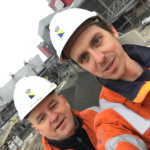 Coming home with ten fingers and ten toes. That is what colleagues used to say 25 years ago when asked what safety meant to them. And they are still saying it. Those fingers and toes symbolize what it is all about for them: taking care of each other. What does the younger generation think about that? From day one, they were taught to speak the common language of NINA, while the old guard had to find out for themselves what words to use. How does that affect their views on safety? Where do ‘young’ and ‘old’ meet and where do they differ? And what are they willing and able to learn from each other? 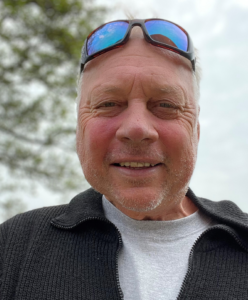 Chris Bos, Salvage Master
“I AM CONSTANTLY LOOKING AROUND ME AT WORK. THAT IS WHAT I AM TRYING TO GET ACROSS TO THE YOUNG GUYS.”

With his 40 years of service, Chris Bos can rightfully be called an old hand. Having started out as an apprentice diver, he has now been working as a Salvage Master for many years. After completing his civil engineering studies, colleague Syward van Wijnbergen joined the company as a trainee and has been working as a Salvage Officer for the past two and a half years. “So I guess I can tell you a thing or two about it”, he says with a smile. With this, Syward gets to the heart of the matter, because salvage work is something you will not learn from a book. You learn it by doing it. “You will only have real practical added value for the company after a couple of years", says Chris. He worked in a supernumerary capacity on his first trips for SMIT, so he could take his time to learn the ropes. Now everyone is fully involved from the start. The course of the learning process will be different as a result, according to Chris. “On the one hand, you were allowed to do more things yourselves and you just had to be careful not to get your fingers trapped between the wires when they were being pulled. But on the other hand: if something had to be done that was considered dangerous by the seniors, you were absolutely not allowed to come anywhere near it. ‘You just stay there and watch', they used to say. It's different now: trainees are put to work straight away. This means more work for the seniors: they need to keep a closer watch on the trainees and make sure they are in the right place. You need eyes in the back of your head. I can feel that responsibility.” 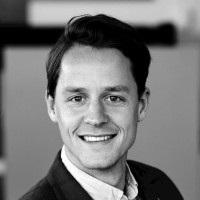 Syward van Wijnbergen, Salvage Officer
“KEEP CALM AND SET OUT THE LINES. THAT IS WHAT I WANT TO LEARN.”

Syward worked with Chris for the first time on the Golden Ray project in the United States. “Chris will always stay calm, whatever happens. I want to learn that, too. I think that is the most important quality for a Salvage Master, because you set out the lines and it won't do anybody any good if you panic.” When asked if this is something you can learn, Chris answers: “Of course, you should have some of this calmness by nature, but it also comes from experience. I rely on the basics: first, I’ll always make sure nothing can happen to my people, in my view all the rest is steel that can be replaced. This always comes first.” Chris doesn't have to think long about what he would like to learn from Syward: “His computer skills!”

In their approach to safety, the old and the young guard are not all that different, according to Chris and Syward. For both, it is all about ‘getting home safely’. “Our motto is ‘I take care of you; you take care of me’. It's my second nature; I am constantly looking around me when I'm working. That is also what I'm trying to instill in the young guard: pay attention to this and that, look out for each other. If we are working under bad conditions, I will assign someone to watch the tug's line and to warn when it is necessary. If I assign this task to him, I should be able to rely on him to do so. If not, he will be told to leave. Because then you will be a danger to the rest of the crew.” “That is how it really goes”, says Syward. “In situations like that, there can be no discussion. But in any other situation, you are really encouraged to ask questions. I can always give suggestions, and these are listened to.”

Looking back, the biggest change to Chris is that they used to have a beer at 11 am. “That was normal, in the whole shipping world. Now, that’s a serious no go.” When asked what should be preserved, his answer is: the culture. “Sitting down together to talk through the day: what went well and what could we do better.” Syward nods affirmatively. “This informal transfer of knowledge is priceless.” That culture is threatened because of the smartphone, thinks Chris: “What you see now is that the men disappear to their huts after dinner to email, text or google. You don't have to be there every night as far as I'm concerned, but you are really missing something if you don’t. And I do confront them about it.” Syward is not that concerned: “I think that people who retire to their huts every day won't last long with us. That is not why you do the work. 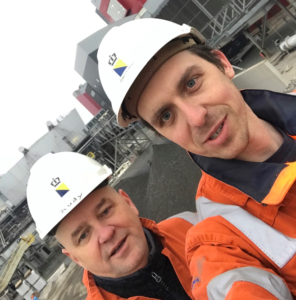 “WE MAKE SURE OUR EMPLOYEES ARE UPDATED ON DECISIONS. IF YOU DO NOT SHARE INFORMATION, THEY DO NOT FEEL PART OF THE GROUP/THE COLLECTIVE. THEIR INVOLVEMENT HAS A POSITIVE EFFECT ON THE WHOLE PROJECT. AS LEADERS WE SHOULD BE THE INITIATORS IN THIS RESPECT.”

They call themselves a ‘boring’ pair of interviewees: Rudy Driessen and Robert Simons. “Because we always agree on everything.” And sure enough, during the hour-long interview about their vision on safety they continuously agree with each other. Only once Rudy answers a question with a wholehearted “no”, while Robert says “yes”. More on that later. Let's get acquainted with these two colleagues first.

Rudy has worked with Boskalis since 1989. Having started out as an Operator, he saw much of the world, the highlight being a twelve-year stay in the United States. After studying civil engineering, Robert stepped across the threshold in Papendrecht 24 years after Rudy. Now they are working side by side in Alkmaar. Their unanimity seems to be the key to success of the project in general and its safety in particular.

Rudy and Robert have the same accessible, open attitude in the workplace. They both look for the human being behind the employee and have a practice-based approach to safety. Their leadership is based on these values. According to Rudy, this is a result of his own background: “I know what it's like to be out there, all day long in all kinds of weather, fixing things that get broken. As a supervisor, being able to see it from their perspective is important.” He didn't have to teach Robert this, he says: “Robert is empathic by nature, but I have also known some guys who base everything on theory and put paperwork first.”

Both value good communication, just practical, from man to man, at the moment when it is needed. “When I see someone is standing too high up on a ladder, I'd rather tell him right away than write him a SHOC card.” Robert does the same, though there are differences. “I am someone who wants to keep the harmony and because of that, I sometimes avoid difficult conversations. Rudy knows how to confront people directly and clearly and I admire that. That is what I can learn from him.” They are convinced that good communication leads to stronger involvement. “If you do not share information, they do not feel part of the group/the collective. That is why we update them on decisions that have been taken, we involve them in the disposal of materials, etcetera.” Robert nods. “We do this every day, in between activities. Also about matters that they have come up with; that way, they know they are being listened to. This involvement has a very positive effect on the whole project.”

Finally, the question that got both a “yes” and a “no”: Does the young guard have a different approach to safety than the old guard? “No.” “Yes.” “Someone starting work now will do the same stupid things than someone who started work 15 years ago. Safety is not ingrained.” “I agree with you that they do the same stupid things, but I do not agree that safety is not ingrained. If I hear what people did twenty years ago! You’d be fired if you did these things now.” “Yes, that’s true. In the old days, you would be called a wimp or you would be told off for saying you found something unsafe. To give an example, in the early nineties we had to install an installation at De Slufter. The installation arrived on a pontoon, in the middle of winter, and it was coated in black ice. The supervisor ordered me to climb onto it to attach it. I said: “I won't do it.” To which the supervisor said: “Then you will leave the work site and report to the office.” I did and was reprimanded by the managing director at that time, for refusing work. After hearing my story he did support me in the end, but I was on my own at first. Now you feel supported from day one and if you do not agree to something you have a discussion on how it could be done safer.” So Rudy and Robert agree also on this in the end. “That's how it always goes", Robert says with a smile.