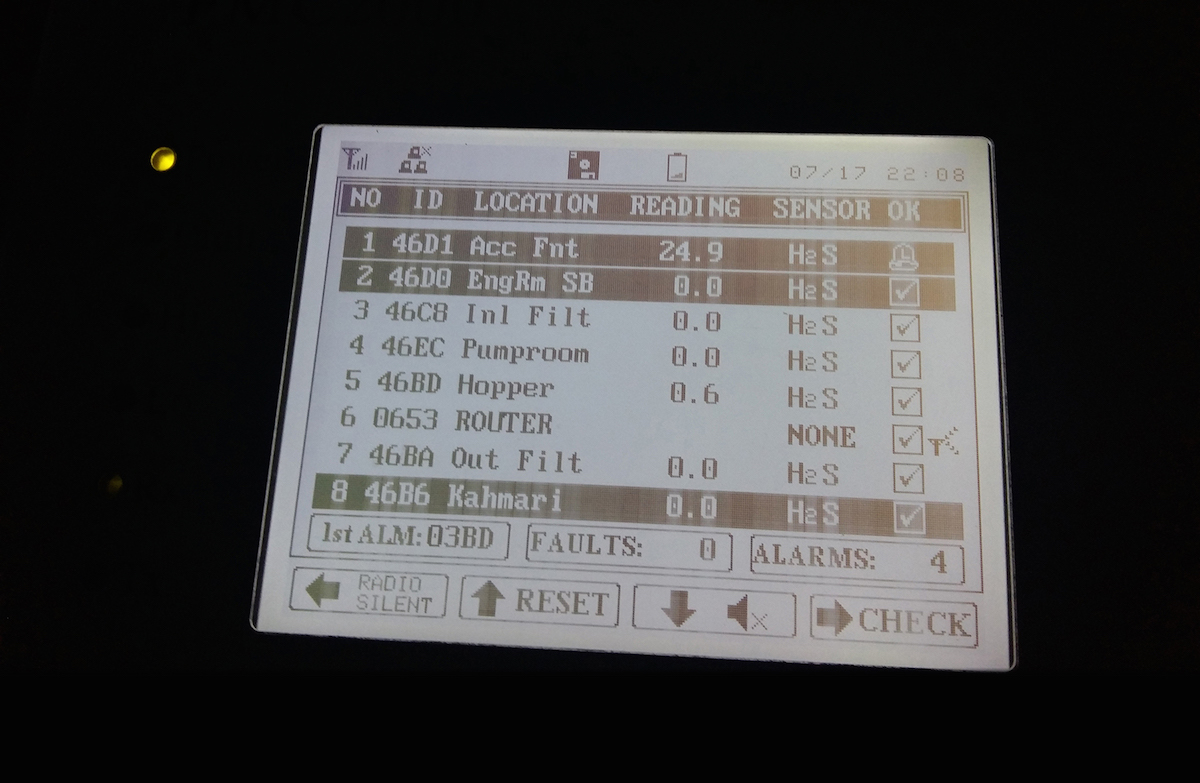 Just after the Strandway hopper dredger was deployed on the Caland Canal project in Rotterdam, a smell of rotten eggs pervaded the area. What now?

Plans to dredge the polluted soil were already in place, but the release of H2S came as a surprise. Thankfully, Captain Jan Zuijderduin had been vigilant enough to install ToxiRae 3 monitors. When they exceeded 5PPM work was immediately stopped, the crew evacuated and the cargo unloaded. Contractor Dirk Bogaard knew there was an idle H2S filter box on board the Waterway. So he arranged to have it transported and installed on the Strandway, which was meanwhile being used on the previous project to which she had been assigned. Five days later, the hopper resumed work, under filtered air conditions. The H2S air pollution detectors, which had also been installed, had registered H2S values of up to 23PPM (!).