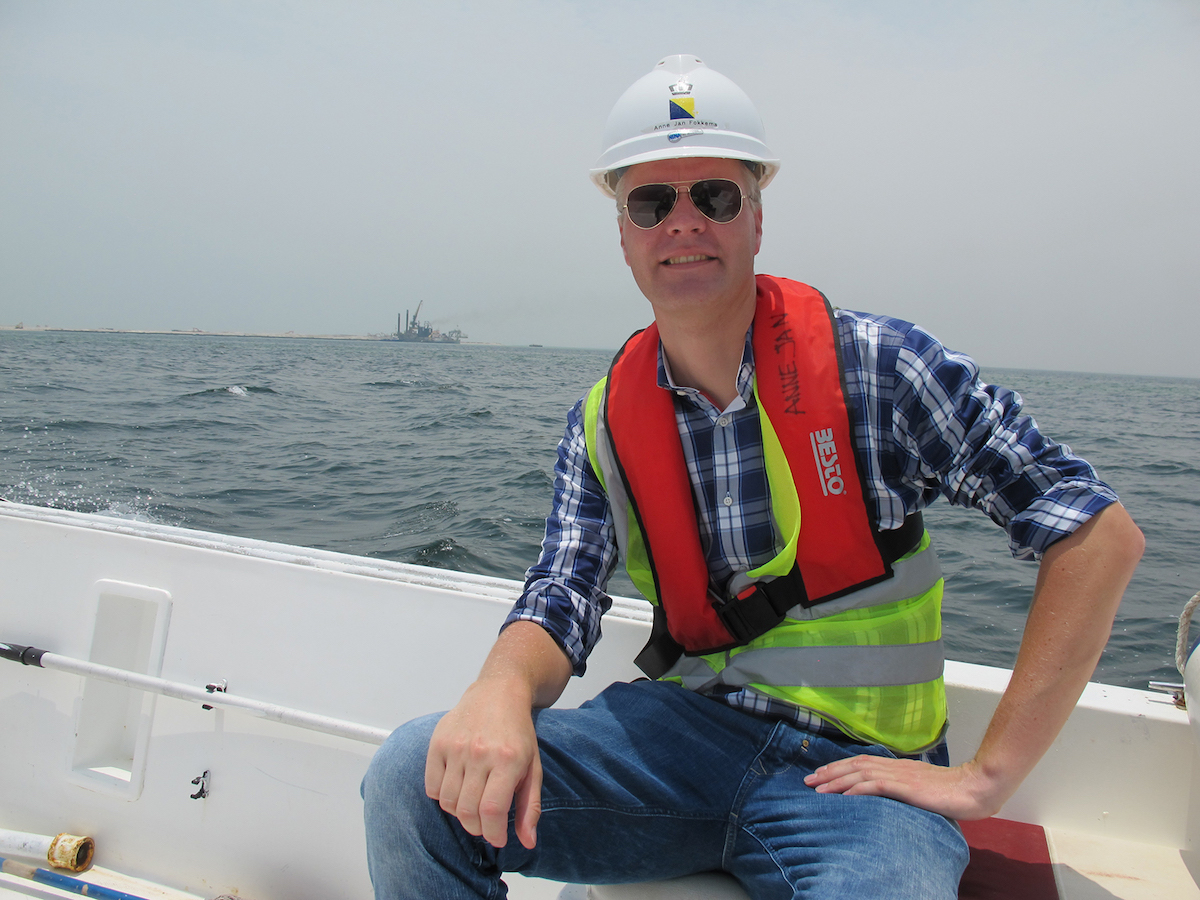 Anne Jan: "A Filipino deckhand (32) got his hand caught when coupling a floating pipeline. Soon after I got a call: if part of his little finger was amputated, the man could get back to work immediately.

I responded by asking: 'Can't the finger be saved?' That indeed proved to be possible, although the chances were small and the man had to be hospitalized for a week for observation. Is this a dilemma? In my view, no. But the curious thing is: the choice I make about someone's treatment determines whether or not it is an LTI."

Searching for causes
Amit: "After the accident, we organized a NINA reflection session on board the CSD Taurus, including the captain, multicat crew and works managers, among others. The crew members from the Philippines said that at times they feel pressure to work fast as the longer it takes to repair a pipeline, the longer the dredger is on standby. Thanks to their frankness we had started a discussion which went beyond the incident itself. All attendees, including the management, admitted they did not like it when work was stopped or done at a slow pace, but that they never want someone to get hurt. During that moment, you feel that everyone is on the same side. Later, the crew told me they now have more in-depth discussion before starting a new job, with good feedback from the Water Boss. Therefore, this is what a good reflection session can bring."

How do you proceed if something goes wrong?
Anne Jan: "In my view, the reflection session has exposed an important cause. In fact, the crew thinks they are working safely by conducting a risk inventory but what they don't thoroughly consider is what to do if their approach doesn't work or something goes wrong and they improvise, trying to complete the task in a different way. This depth of thinking, which requires knowledge and experience, is lacking but is essential to prevent incidents. It can only be solved by investing in coaching. This is done here by the Water Boss. The hard part is that we're always working with different people, which means it isn't easy to build something. Incidentally, our Filipino deckhand is doing well. After the operation, he stayed in Qatar doing light duty for eight weeks for observation and rehabilitation. He has since returned to work. With all ten fingers."