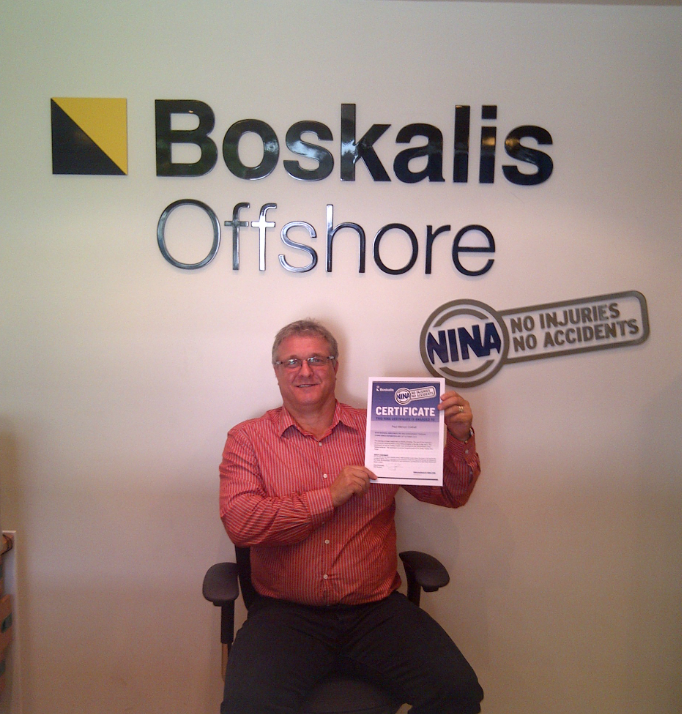 “I learned about NINA last summer. I was excited to know more about it after hearing the very positive feedback from one of our client’s representatives (Maersk Oil Qatar). He was impressed with the program which he saw at an IMCA (International Marine Contractors Association) event.

Being involved in the NINA roll-out last year, I have noticed that the program has been well-received in the office, on-site and by our clients. Working according to the high HSE standards in the offshore petrochemical industry and utilizing the multi- cultural workforces that have historically formed part of a hierarchical system, I believe NINA empowers all employees to take control of their working conditions by offering feedback where and when necessary.

One recent incident illustrating the NINA changes took place on board the converted AHTS Smit Komodo (now operating as a DP II DSV). Our vessel crew was being pressured by the client into carrying out anchor handling activities. The master called me to express his concerns, as the crew had been selected for DSV operations and had little prior experience with anchor handling. With the support of the office we had a safety stand-down and after discussing this revised scope of work along with the risks and the shortfalls in the crew’s experience, the client agreed it was not safe to proceed in this way. We sourced a qualified anchor handling expert, rescheduled the work and completed the job safely to everyone’s satisfaction.