Greater interaction thanks to NINA 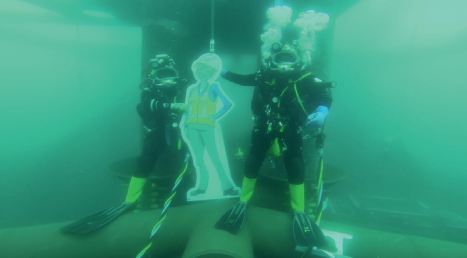 At the oldest MAERSK oilfield in the North Sea, Boskalis Offshore Subsea Services is working on a three-year renovation plan of the 40-year-old oil extraction platform ‘DAN-A’.

The EDT Protea (starting in mid-July 2014) and the DSV Constructor are involved in this DABRAT project. All 85 employees on board the Protea have received NINA training and various NINA Startup meetings have been held. Frank Schrijver, Superintendent Air Diving, was there. “Previously safety was part of the general kickoff meeting; I would tell my story and the rest would listen. Now safety is a separate focus and there is room and time for discussion. That interaction has considerable added value and offers the divers, supervisors, and deck leaders the opportunity to share their experiences and learn from each other. In this way, we received the feedback that there were too many lines of communication on the project, which means there is a risk that someone might not have all the information. We are dealing with that issue. Thanks to NINA, I am no longer the one that has to insist on the importance of an all stop. Instead, it's the crewmembers who do that.”