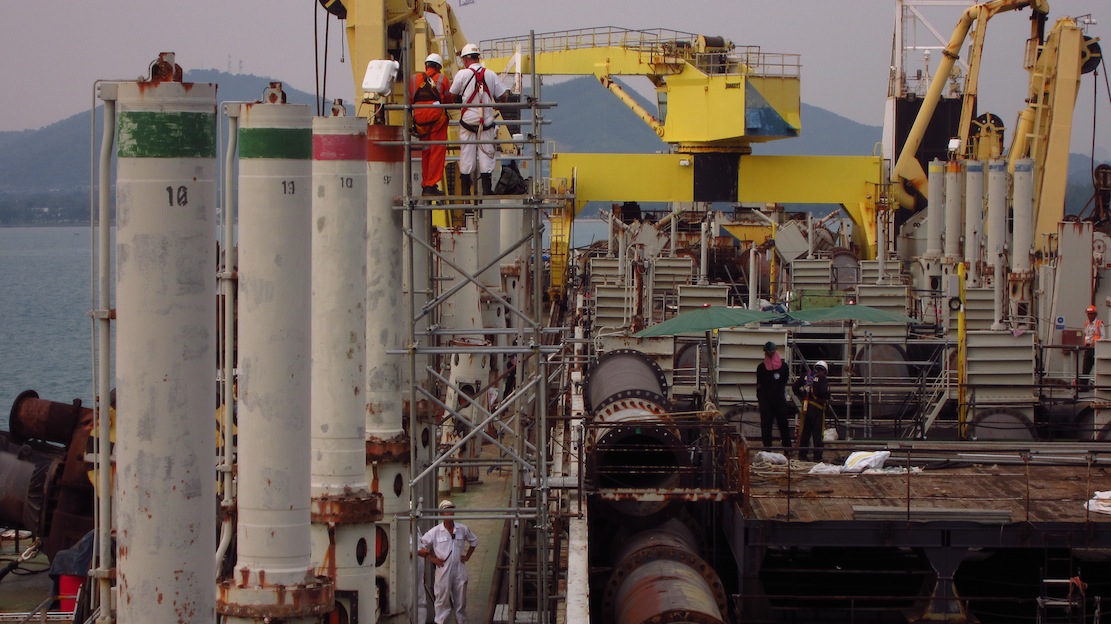 The repair of the formerly grounded vessel ‘Fairway’ is no ordinary job. The ship had to be completely cleared out and cleaned before the construction work could begin. Thanks in part to NINA, work at the Oakwell Yard in Thailand is progressing nicely!

“This is the Central Technical Department’s first project to involve a SHE-Q specialist from the very start,” says Project Manager Rob van der Meer. “This procedure was entirely new for the shipyard as well. Ard van der Heide established a safety system, including NINA inductions for everyone. Inspections are held weekly, and progress meetings with foremen and supervisors are organized on a daily basis. It’s all catching on well. Several men were doing grinding jobs when I crossed the deck with the managing director of the shipyard. Even though the agreement is to wear safety glasses when in the vicinity of such work, neither of us were. A Thai worker brought our attention to this. That’s how NINA works.”

Boskalis works with a small team of permanent employees, including three Thai technicians who have a good command of English and can serve as interpreters. This is absolutely vital, particularly when you realize that 170 Thai workers, who have only a very rudimentary command of English, are sometimes present. Many are temporary workers who have never been on board a ship before. “They are unaware of the risks,” says First Engineer Harm Smit. “I regularly play both cop and teacher on a daily basis. When we hoisted the electric motor, several Thai workers dashed underneath it ‘just quickly’ to take care of something. I got them to move right away and explained that they were putting themselves in danger. That’s how they learn about safety. This is proving successful. We’ve yet to have any incidents here.”

“What we’re facing is a shortage of supervisors,” says Harm Smit. “It’s quite likely that workers are informed in the morning that welding work will be performed later, but that nothing for the job is prepared. In the end, the welder is left waiting around for an hour. Staff changes are also fairly common, which is unfortunate as you then have to explain the same things over and over again. Moreover, the workers learn less when they are not employed full time.”
Despite this fact, Rob van der Meer remains positive. “Bearing in mind the condition of the vessel, only a few other shipyards could have achieved what we have. The goodwill and cooperation of the shipyard has shown are both key factors – as is the enthusiasm of our staff.” Harm Smit: “It’s great to see when people take our advice and use it to learn to think more carefully about their safety and that of their colleagues.