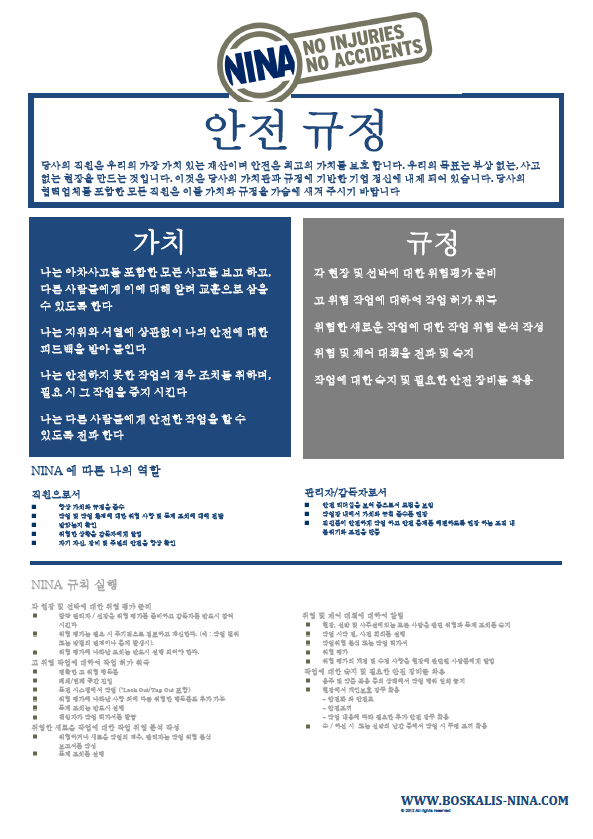 Boskalis is laying the foundation for the extension of the futuristic Songdo City. It is an exciting, challenging job, if for no other reason than because no one in South Korea speaks English.

"I can't even order a paper clip on the phone, because the conversation ends straight away," explains trainee Mathieu van Vrijberghe de Coningh. "So we hired an agent to interpret and translate for us. What makes it difficult is that South Koreans are not used to disagreeing with an older person or a superior. In these situations our interpreters gloss over critical comments or omit the emotion that we want to convey. So we regularly take the interpreter to one side to point this out once again."

All NINA communication is translated into South Korean

Morning exercises
Another challenge is that various companies work alongside each other on the same site. "We share the same roads, but so far there have been no discussions regarding safety," says Mathieu. "Everyone follows their own rules and that can involve risks." Boskalis is therefore focusing on training and communicating with its own employees, for example, during the daily morning exercises which the principal, Daewoo, has made obligatory. The opportunity is taken to check whether everyone is wearing PPE and to point out the NINA Values and Rules.