NINA Blog: Safety is now a topic of conversation! 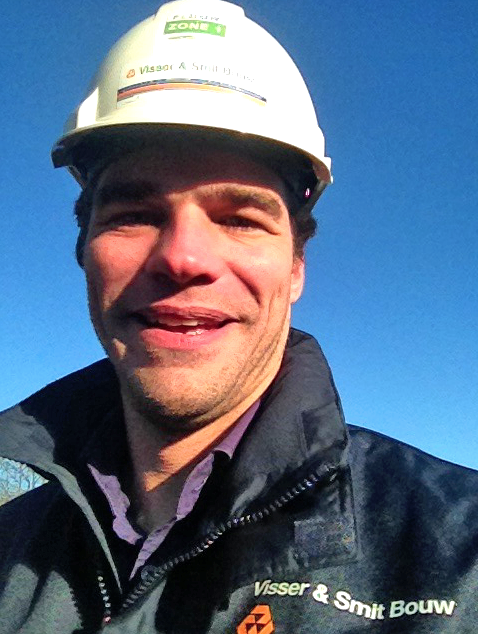 NINA's influence goes a long way. Willem Thoen is project manager at Visser & Smit Bouw BV and is responsible for the Boskalis newbuild Gebouw 4 in Papendrecht, the Netherlands. He explains why he embraces NINA.

"You can have everything in place as an organization, but ultimately it's the employee that decides whether or not to do something. I witnessed a fatal accident at a previous employer. Someone stood on the edge of a work bin in order to do something just out of his reach. He fell; while his harness lay unused in the work bin.

I have often asked myself how I, as project manager, could change this kind of behavior. When I heard about NINA I knew that this could be the key, in addition to what we already do at Visser & Smit Bouw. When starting on the carcass, the most risky phase, we held a NINA start-up meeting at Boskalis with the involved contractors, who complained that it would take 'half the day again'. They were more receptive when they realized what NINA is about: that you are responsible for your own safety. That there is never a valid reason for doing something unsafe. If it were up to me we would implement this throughout the sector. The first benefit of NINA is that everyone meets each other during the start-up meeting, which makes it easier to call each other to account. Whether it's a tidy building site or a working method: safety has become a topic of conversation!"