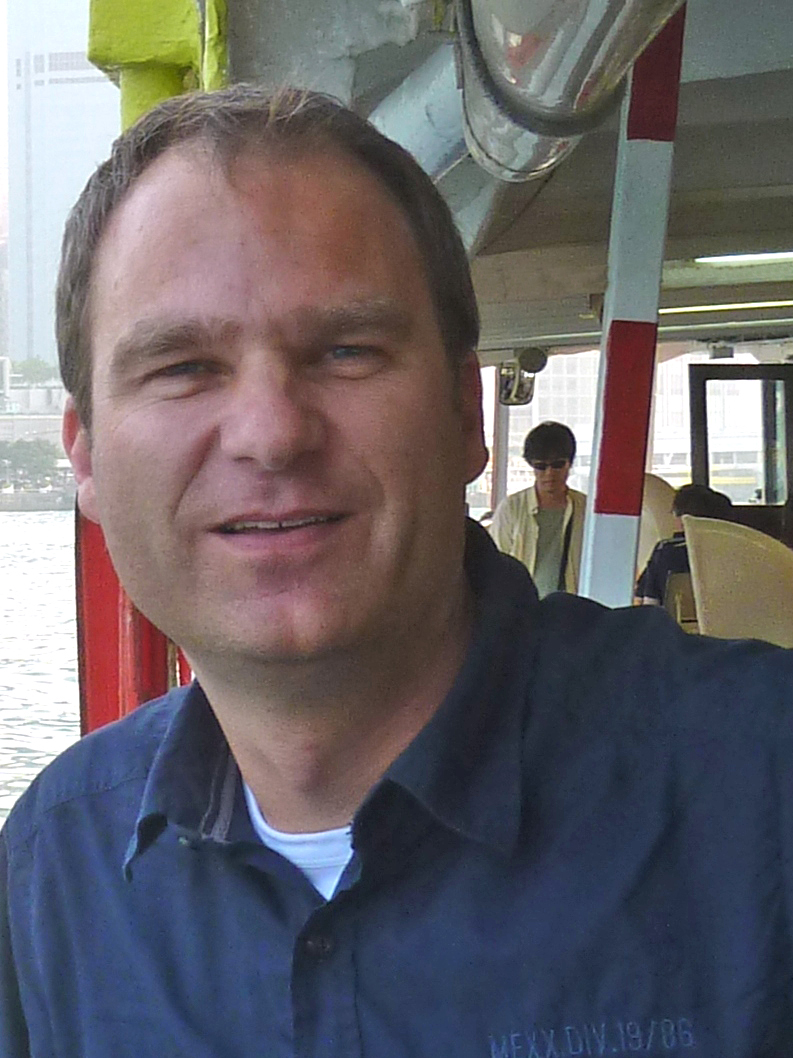 The following situation is typical of many of our projects: a tugboat comes for transferral, with tires as a fender, and ties up alongside a backhoe or cutter dredger, which has larger tires as a fender. In order to transfer, you have to walk over one or more tires. The crew is familiar and comfortable with this procedure, but it is a big hurdle for visitors. What is more, there is always the risk of someone tripping up.

On the Marchwood Widening project in Southampton this issue came up once again, following remarks by several visitors. As a result, the project team met with the (backhoe dredger) Manu Pekka crew to look for a simple way of creating a safer transfer point.
After some brainstorming the crew came up with the idea of placing a small stairway between the large tires of the backhoe dredger. The requirement was for the stairway to be collapsible in the event of a barge coming alongside.
The crew built a two-rung set of hinged steps. After a few adjustments to make it ‘dredger-proof’, the steps now provide a safer and easier transfer point.
New visitors are very complimentary about the steps. Even if they have heavy equipment with them, boarding is so easy they hardly even notice. That in itself is a compliment.

To me this process again demonstrates what NINA stands for: useful feedback as a basis for an open and constructive discussion which results in a simple solution that is put into practice without a series of reports having to be drawn up, thereby immediately creating a safer situation for everyone.

In the next edition: Jan van der Kwast, Captain of the Taurus