NINA blog: A flair for languages 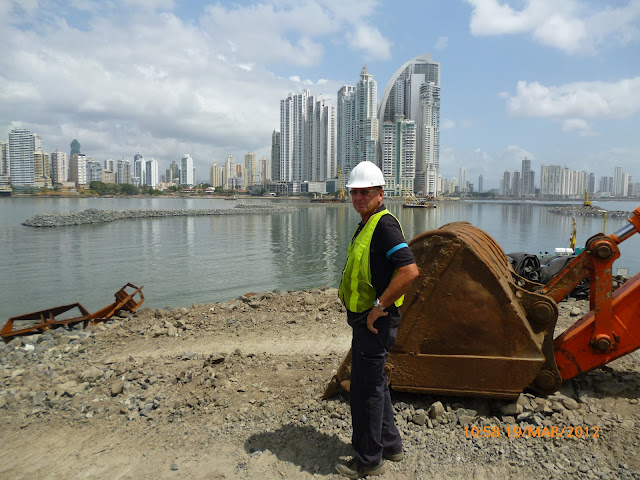 Each month, a colleague reports on his/her NINA activities. This time, we hear from marine supervisor, Jos Koks.

In late 2010, I went to work in Gorgon Australia as a safety coach. Men of my generation were brought up to believe that risks were part of a hard day’s work, so I was surprised how much time and energy was devoted to safety there. An entire team of HSE officers was ready and waiting!

The contrast with my current post in Panana City is striking. Here, there’s a huge gap between the NINA Values & Rules and day-to-day practice. You notice this, in particular, working with local businesses. For example, even if solid agreements are made with the management of a welding company to weld together sag pipes, we still have to invest a lot of energy in persuading the welders to do their work safely and effectively.

It’s not because they are stubborn - they just don’t know any better. The language barrier is also a problem: most of the workers only speak Spanish. And unfortunately I don’t have a flair for languages… Luckily, one guy on our team speaks pretty decent English and is able to translate sometimes. Other than that, I try to converse as much as possible in Spanish, but it’s still difficult. I have to settle matters here in person that I normally would over the phone, because I want to be sure they understand. After all, safety starts with good communication!

Jos Koks is interested in the experiences of Mark de Bruijn, assistant operations manager. You can read what Mark had to say in the next issue of NINA At Work. You can also submit your own input by sending an e-mail to NINA@boskalis.nl